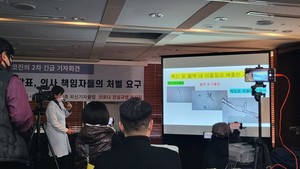 On average, 35 people have suffered a fatal overdose each year in Lord Fairfax Health District for the past five years.

* Deaths in 2021 do not include full statistics for Warren County.

A decade after the start of the national opioid epidemic, it continues to plague the region with at least 392 local deaths over the past 10 years.

Although down from a record high in 2020, opioid-related deaths, most from a combination of fentanyl and heroin, have occurred frequently over the past year. In 2021, 33 people (22 males, 11 females) fatally overdosed in Lord Fairfax Health District, according to Joshua T. Price, state police special agent and coordinator of the Regional Task Force on Diseases. drugs and gangs in Northwest Virginia. There were 250 non-fatal overdoses (169 men, 81 women) last year in the district consisting of Winchester and Frederick, Page, Shenandoah and Warren counties.

In 2020, there were 53 deaths and 202 non-fatal overdoses. The high death rate has been attributed to increased depression, isolation and a lack of drug treatment and in-person mental health due to the coronavirus pandemic.

Last year, Frederick County recorded 95 overdoses, including 10 deaths. In Winchester, there were 82 overdoses including six deaths. In Clarke County, there have been four overdoses, three of which were fatal.

Last year’s figures for Warren County only include January 1 through July 1. Price said the Warren County Sheriff’s Office, which is no longer on the task force, stopped providing statistics to the task force on July 1. In the first six months of last year in Warren County, there were 21 overdoses including three deaths.

Price said the average age of overdose victims in the district last year was 34. The oldest was 63 and the youngest was a one-year-old in Winchester who survived accidental ingestion of fentanyl, a synthetic opioid 50 to 100 times more potent than heroin. .

Fentanyl, much of which is produced in laboratories in China, has been responsible for an increase in the number of deaths nationally and locally in recent years. It is often mixed with heroin – a combination called a “scramble” on the streets – where it sells locally for between $ 120 and $ 150 per gram or $ 25- $ 35 for a tenth of a gram.

Price said in an email that fentanyl was also increasingly mixed with methamphetamine and cocaine. Crystal use of methamphetamine – made in Mexico and often smuggled across the border in parcels and packaging – has increased nationally and locally in recent years as it is purer and more potent than methamphetamine House. Locally, a gram of crystal meth costs between $ 100 and $ 120.

“Every year or two there seems to be a new trend emerging with opioids,” he said. “Now fentanyl is mixed in with just about everything. “

Last year, the Virginia State Police received a $ 1.7 million federal anti-heroin grant from the taxpayer and a $ 1.3 million anti-methamphetamine grant from the Department of Justice for regional working groups. Through surveillance and “controlled buying” in which confidential informants are filmed buying drugs, the Northwest Task Force targets mid-level and high-level drug traffickers.

But police concede there will always be a supply of drugs as long as there is demand. In October, the task force began working with Cady Shaffer, a peer recovery specialist in the Law Enforcement Overdose Intervention Program, an alternative to incarceration that directs drug addicts to a treatment. Along with a member of the task force, Shaffer, a person in long-term recovery, visits people who have recently overdosed to educate them about treatment options. The hope is that users will be more receptive to someone who has struggled with addiction.

The task force also works closely with the Northern Shenandoah Valley Substance Abuse Coalition which oversees the Intervention Program and the Northwest Regional Adult Drug Treatment Court, another alternative to incarceration. Until October, the tribunal, created in 2016, had served 84 defendants, graduated 37 and dismissed 29.

The intervention program, created in 2019, served 41 clients through November and had one graduate and 16 layoffs. Eight clients are expected to graduate between this month and the end of June.

In March, another alternative to incarceration is expected to begin. A mental health tribunal, officially known as the Winchester / Frederick County Behavioral Health Docket, is expected to start hearing the cases. Since many people with mental illness self-medicate, Timothy S. Coyne, the region’s public advocate and coalition board chair, said he hoped the court could help reduce overdoses by providing treatment to the accused.

The coalition also tries to reach drug addicts before they become addicted. At the end of last year, the coalition received federal funds for the CATALIST program. It provides medical assessments to young people aged 12 to 18 who are at risk of becoming addicted to drugs.

For adult users, Coyne said Northwestern Community Services, a provider of addiction and mental health treatment in the area, has started expanding medically assisted treatment. In addition to providing Suboxone, a synthetic opioid taken in tablet form that blocks opioid cravings and dying withdrawal symptoms, Northwestern has started treating clients with injections of naltrexone, whose brand name is Vivitrol. Like Suboxone, it blocks opioid cravings. But because it is injected once a month, there is less risk of abuse. Suboxone is often sold on the streets to users trying to avoid withdrawal symptoms.

Coyne said it’s important to take a multi-faceted approach to addiction, including education, application and treatment. The aim is to prevent the epidemic from becoming endemic.

“The number of overdoses is way too high and we want to do everything to see it go down and not see it become an accepted standard of any kind,” he said. “There isn’t just one way to attack him.”

Previous Curaleaf Holdings, Inc. (CSE: CURA) on the verge of turning from loss to profit
Next Worsening symptoms of depression linked to shorter survival in lung cancer patients